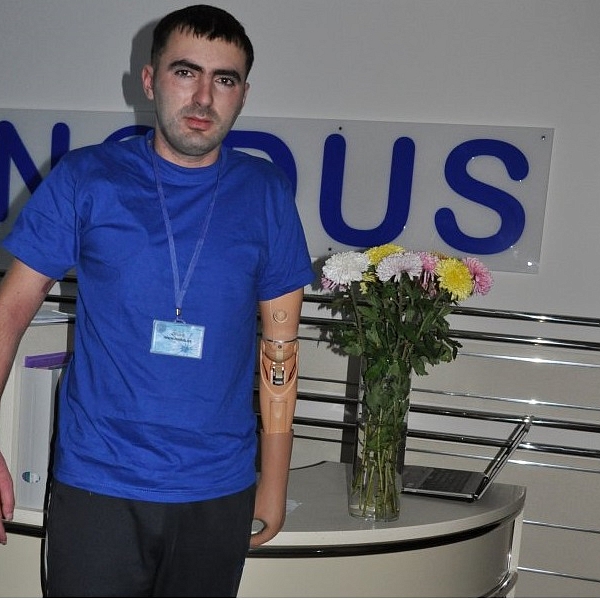 The artillerist Viktor got into ambush and was seriously wounded with shell blast. Shrapnel damaged the shoulder and forearm of the right hand. The man also lost the left hand below the elbow forever. Viktor was evacuated from the battlefield and got the first aid.

After the stabilization of the general condition, on October 10, 2014 Viktor was admitted to NODUS for free inpatient rehabilitation in the framework of the charitable project on rehabilitation of soldiers and volunteers injured in the ATO zone.


On October 6, 2014 the patient underwent additional examination. A program of Individual Rehabilitation was created.

During the examination, a shrapnel pieces were found in the area of ​​the right forearm. A surgery on its removal was performed. In the postoperative period, the therapeutic sessions were mainly focused on strengthening the kinetic activity of the right hand and reducing the pain in the right palm, and also adaptation to the active prosthetic of the left hand.

After additional investigation, using computer electromyography and testing in the SET system, medical and diagnostic blockades were made, electrostimulation and exercise therapy in the SET system were provided. Given the clinical manifestations of neuropathy with severe pain, during the second course of treatment, surgical intervention on neurolisis of the elbow's nerve on the right was performed.


The patient successfully completed the inpatient rehabilitation with the following positive results: 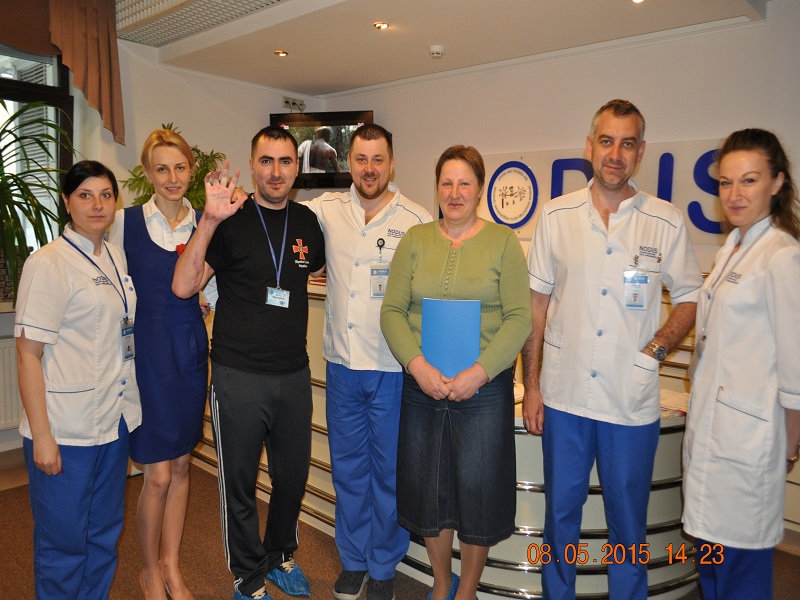