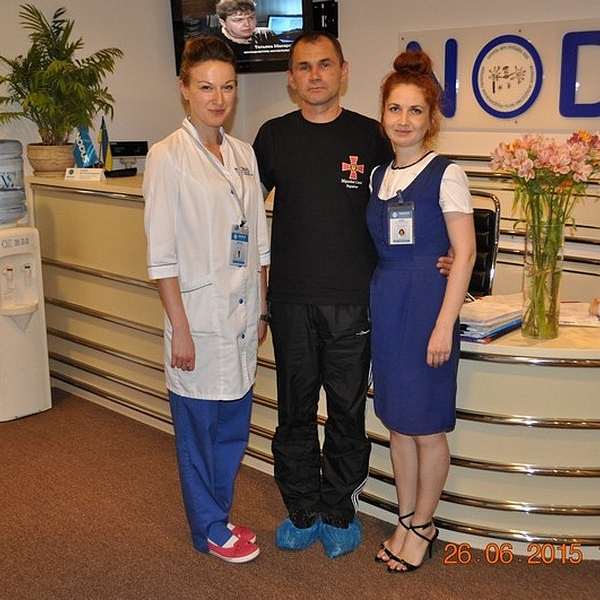 Volodymyr O., born in 1973, was traumatized to the right lower extremity as a result of the fall during a shelling on August 28, 2014 in the ATO zone near the Vesela Gora (Luhansk region.From December 20, 2014 to January 4, 2015, the patient was examined and received treatment at the Main Military Hospital in Kyiv.

On February 2, 2015 - the NODUS doctors in cooperation with the doctors of the Main Military Hospital performed a surgery on the perineal nerve neurolysis of the right tibia..

In the postoperative period, the patient lost mobility in the leg, could not stand, sit through unbearable pain, with no relief with painkillers. The patient could not lie and was constantly looking for a comfortable specific position in bed.

The patient was admitted to NODUS in the framework of the charitable project on rehabilitation of soldiers and volunteers injured in the ATO zone.


Rehabilitation treatment continued in accordance with the created program of Individual rehabilitation (IRP).

The rehabilitation based on the gradual increase in physical activity of the patient by working many-hour daily therapeutic sessions: specialized hardware kinesiotherapy with TheraVital, walking with walking simulator with gradual increase of verticalization loads; Exercise therapy, Nordic walking, treadmill walking, neuroelectimulation of the lower extremities. 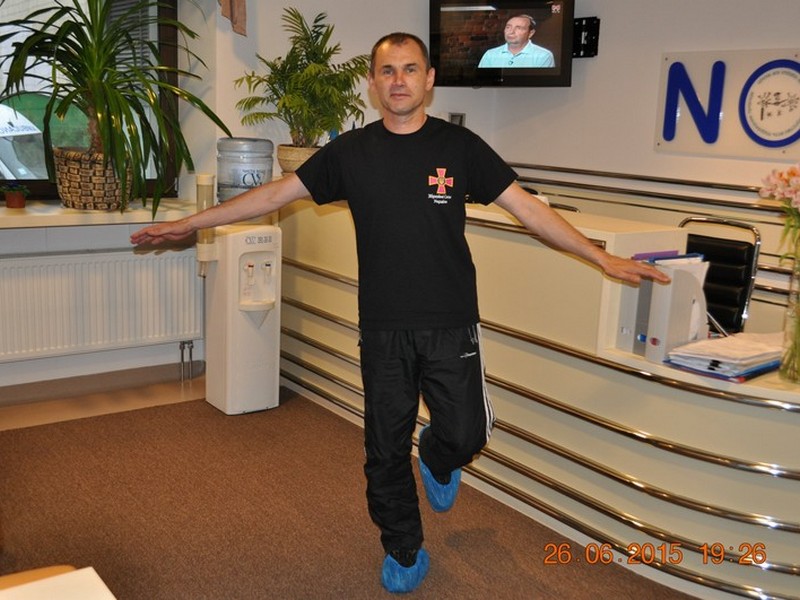 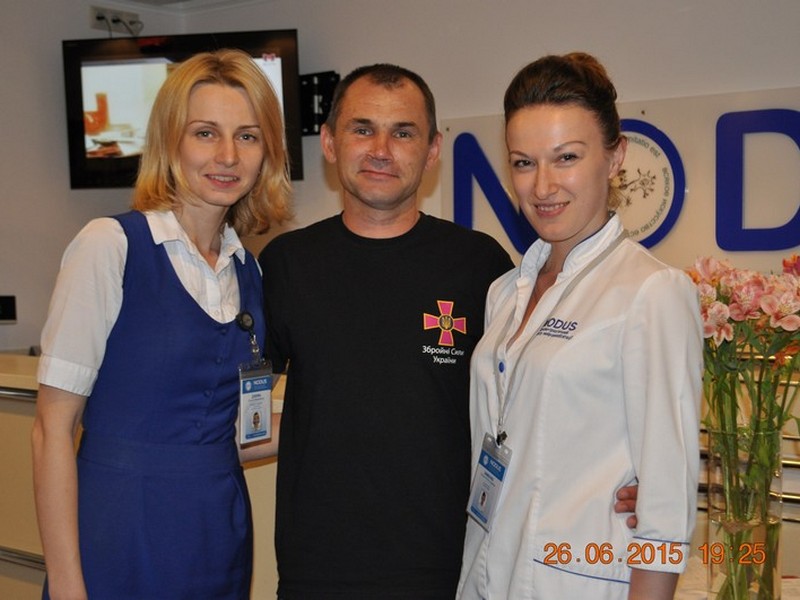