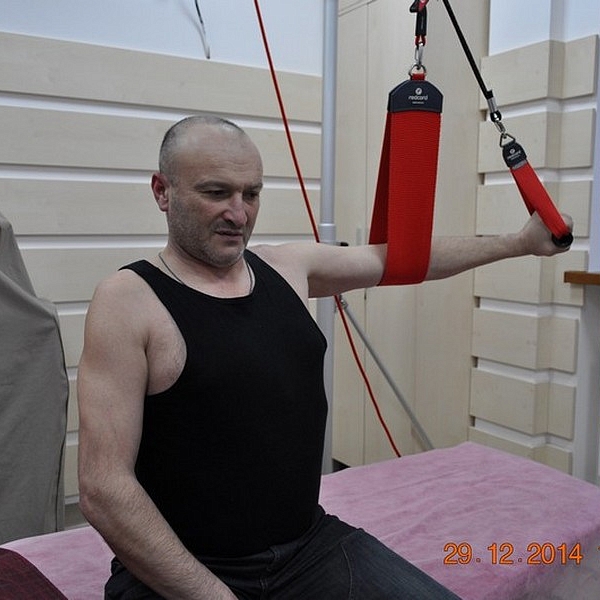 Sergiy, born in 1970, received examination and treatment at the Main Military Hospital, Kyiv from 04.12.2014 to 09.12.2014 The diagnosis: the post-traumatic lesions of the shoulder joint on the left and the inability to move the left arm&hand.

Before, in July 2014, Sergey was called to military service and participated in the ATO. There he was injured.

The patient was admitted to NODUS and offered the course of free rehabilitation in December 29, 2014- January 29, 2015 in the framework of the charitable project on rehabilitation of soldiers and volunteers injured in the ATO zone.


According to the created program of Individual rehabilitation (IRP). the main therapies were: THERA_Vital therapy for the upper limbs, S-E-T exercise therapy.


The patient successfully completed the rehabilitation course with the following improvements: 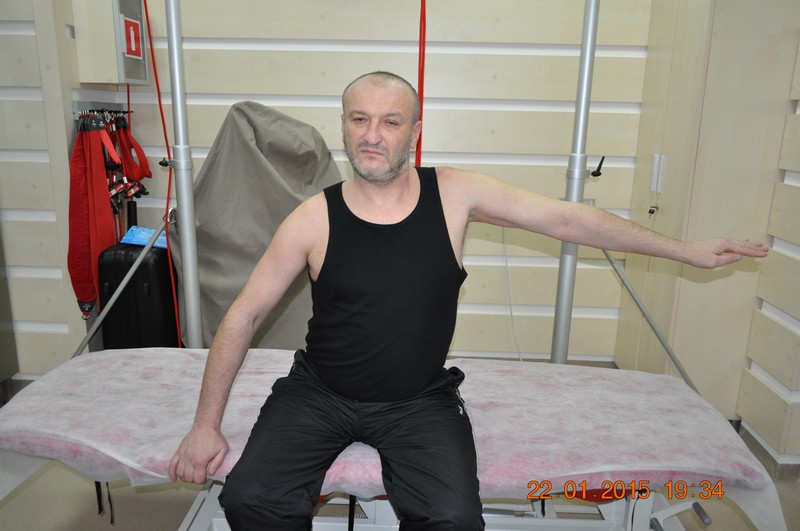 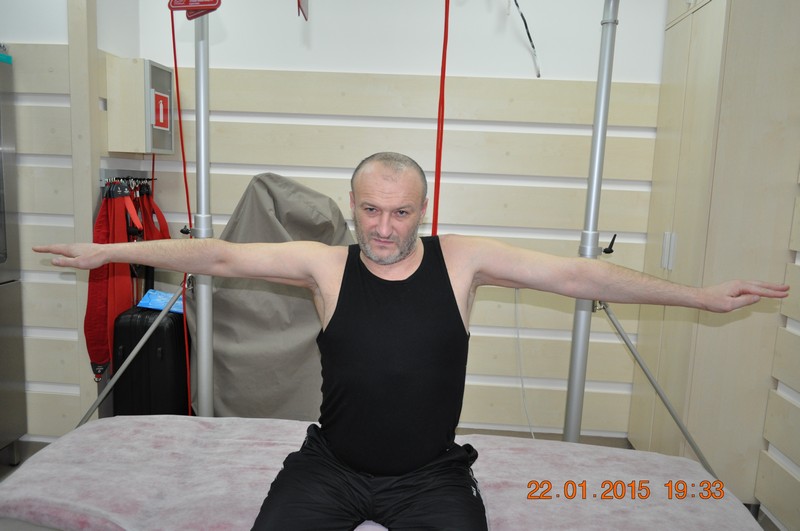