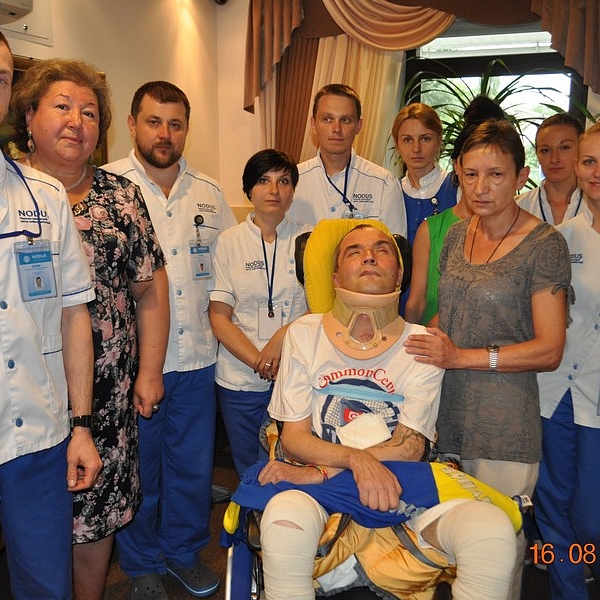 Roman K. born in 1974. He was severely injured during shooting near Pisky in the ATO zone. He had been treated at 66military hospital, then transferred to the Civil Hospital named after Mechnikov in Dnipropetrovsk. However, Roman’s the condition remained critical and worsened due to the development of secondary somatic complications, the proliferation of severe neurotrophic changes, bedsores, purulent & septic complications, severe cachexia.

Volunteers and the military commanders of the military unit, where Roman had been serving, searched and applied for the transfer of the patient for further treatment & rehabilitation in the specialized medical institutions, though got refusal from 18 medical state and private medical entities. Taking into account such social request, the administration of our center re-considered the application of the volunteers and the mother of the patient about the transfer of Roman to NODUS.

However, it was clearly explained to them that the patient's condition may suddenly deteriorate at any time, irrespective of the scope, completeness and timeliness of such rehabilitation assistance, due to the severe injury and its consequences for the health of the patient. It was also clearly stated that, even in the case of positive dynamics, Roman will have a rough motor disability and a complete loss of professional ability and dependence on third-party care. Accepting this, the mother and the volunteers, knowing the complexity of the situation, insisted on hospitalization of Roman to NODUS.

On May 27, 2015, Roman K. was admitted to NODUS for treatment & rehabilitation in the framework of the Nodus Charitable project for wounded soldiers in the ATO zone


During the treatment of Roman at NODUS 52 surgeries were made, of which 5 surgical interventions were of the 7th class. All social-rehabilitative tasks as per the IRP were completed.


During the period of the inpatient treatment of Roman at NODUS, his intensive neurorehabilitation in accordance with the individual rehabilitation program, the patient demonstrated an impressive positive dynamics, despite a negative outlook. Emergence of the patient from the Vegetative status and his transfer to the level of low consciousness, despite the gun-shot traumatic defect of the right hemisphere of the brain, are the main clinical achievements

All set clinical goals have been achieved:

The patient has been socialized as possible and is now minimally dependent on medical care, and can be at the social institutions of care for such patients, requiring the constant out-patient medical control (neurologist) at least twice a week.

At discharge from NODUS, the patient is active, practically all the time awake, responds very well to stimuli. The activity of facial expressions has grown. Roman performs simple commands: “Open your mouth, show the tongue, close your eyes, squeeze your hand”. Works well and adapts well to the vertikalization and the vertical positions. In bed he only sleeps. Roman can lie for 3 hours on the abdomen during rehabilitation sessions, which indicates complete restoration of control over the horizontal tone. 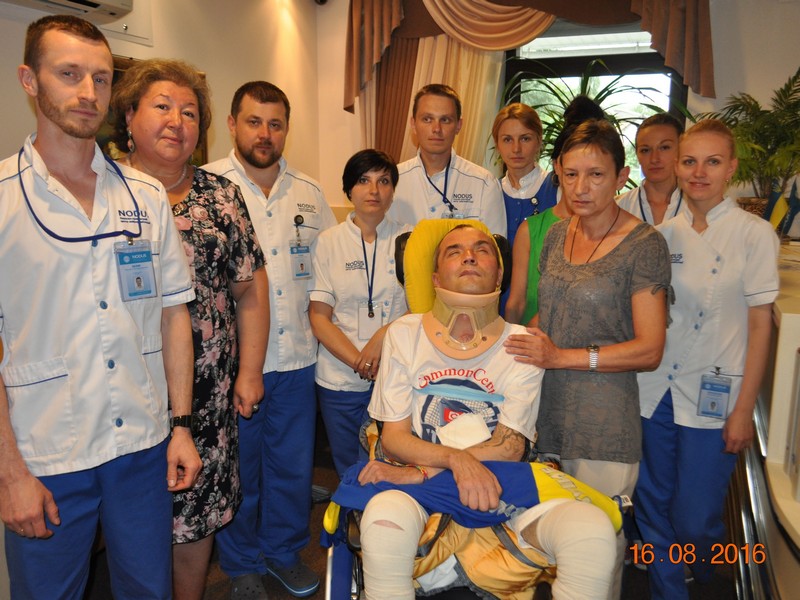 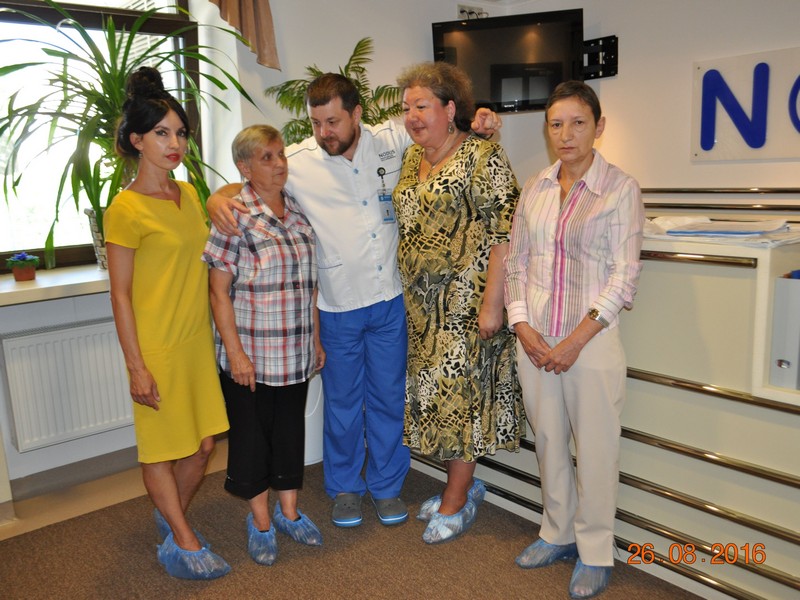