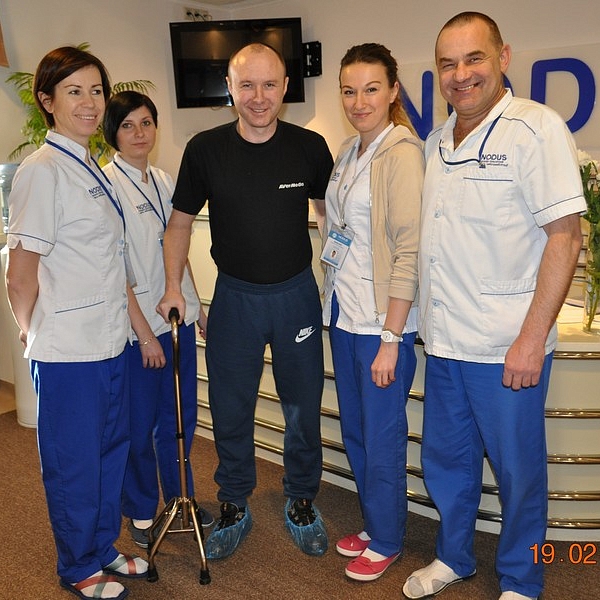 Petro S., 37 years old. In March 2015, during the carrying out of a combat task in the ATO zone, received a gunshot wound of the spine, spinal cord, penetrating wounds of the chest, numerous fractures and contusions.

The patient was delivered to the Dnipropetrovsk Regional hospital named after Mechnikov, where surgeries were conducted. The further treatment was given in the hospital of the Ministry of Internal Affairs.

On September 22, 2015, Petro was admitted to NODUS in the framework of the Charitable project Nodus for rehabilitation of soldiers and volunteers injured in the ATO zone. The patient was offered a free rehabilitation treatment.


On admittance to the centre the patient complained of the absence of movements in the lower limbs, pain in the lumbar spine, painful cramps in the muscles of the thighs, shins of both legs, headache, memory impairment. He could move around only in a wheel chair.

After the diagnosis, an individual rehabilitation program (IRP) was created for the patient.


The patient received two courses of rehabilitation treatment with an impressive improvement. The patient almost does not lie in bed, walks independently, with the help of a crutch. 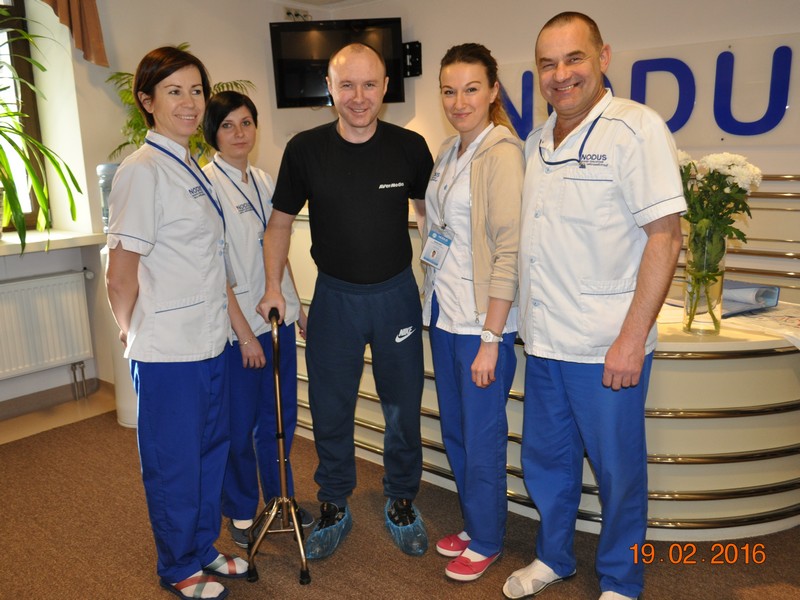