ACHIEVEMENTS of the patient OLEXANDR TS. 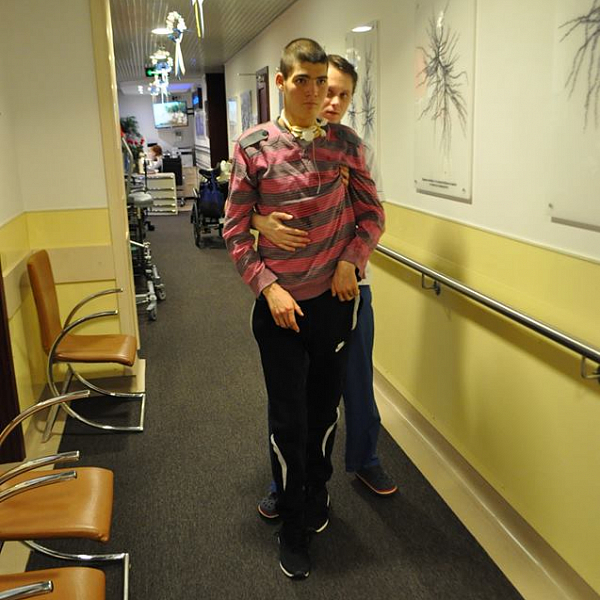 Olexandr, 18 y.o. from Odessa region. After a terrible accident in August of 2018, his young life was saved by tireless medical help in the Acute Care Unit of the Odessa Regional Clinical Hospital. However, after the accident the boy was considered as “hopeless”.

His parents, relatives and people not indifferent to their family tragedy, were doing their utmost to organize and ensure the transfer of Olexandr in a vegetative state (at that time) for further specialized rehabilitation, i.e. early neuro-rehabilitation (within 1 month since the TBI ).

A lot of posts on FB and reports on other well-known media resources were published with opinion statements of “experts” about the ineffectiveness and wastefulness of such precipitative actions, since as “people say”: the boy needs just daily physical training at home or in fitness centres with sports mats and fitness training devices. " There were also those, who promoted a transfer of the patient to a resort-type rehabilitation centre, where staff consists mainly of physical therapists and "there is a pool and prices are normal ..."

It was not a surprise, that such proposals were said by those, who consider themselves professionals in neuro-rehabilitation, since for “fake rehabilitation experts” neurorehabilitation and exercise therapy with massages is all the same, and enticing promises of so called "individual program", are, in fact, just publicity leaflets distributed to everyone who wants (though, no specific methods or rehabilitation technologies are clearly indicated).

However, nobody of these “experts” did not mention publicly whether such an advice is really appropriate for a given clinical case, since the patient was in a subacute period of severe TBI with a tracheostomy, epilepsy attacks, bilateral polysegmental hypostatic pneumonia, severe neurotrophic syndrome and imobilization syndrome.

Eventually, such publicly aloud pseudo-care and rehabilitation populism failed to persuade the parents of the boy and influence their understanding and choice, and therefore today, Olexandr has not just came out from the vegetative state in a short time, but he is already able to eat and talk, he learns to walk and to be active independently.

Again, a consistent and timely cooperation of different specialized medical institutions in the implementation of a single recovery route of a seriously injured patient, has quickly brought to a proven clinical outcome.

I hear quite often from my colleagues from different regions of the country, whenever I come with Nodus team for consultation and examination of a patient with prolonged post-coma disorder of consciousness after severe TBI, that, as they say, it is too early for the patient to start neuro-rehabilitation.

Regretfully, as a rule, in such cases, the optimal timing to start an early rehabilitation, on the contrary, has already been lost, and an Acute Care Unit or a neurosurgical in-patient hospital has long ago become inappropriate for such patients, though the patients have a tracheostomy, bedsores, spasticity contractures, all possible catheters, pneumonia, vein thrombosis, and other detrimental complications alike.

So, it is not a surprise for us, that we are often called to visit a patient not by the doctors, but by his relatives, who from the Internet or some other way, learned about specialized rehabilitation centres in Ukraine and their opportunities to help their patient.

However, the situation is not all the same everywhere, and more and more medical institutions and doctors share our vision of rehabilitation, and implement completely different, progressive approaches and concepts in their daily work.

Olexandr is a hero of such a story, and therefore, now has successfully completed a 6-month specialized neuro-rehabilitation course and returned to his native Odessa region as a WINNER!

Of course, there are still many months of social integration ahead and somel medical issues to be resolved, but he is back home with a different quality of life than it was in 2018 after the accident. 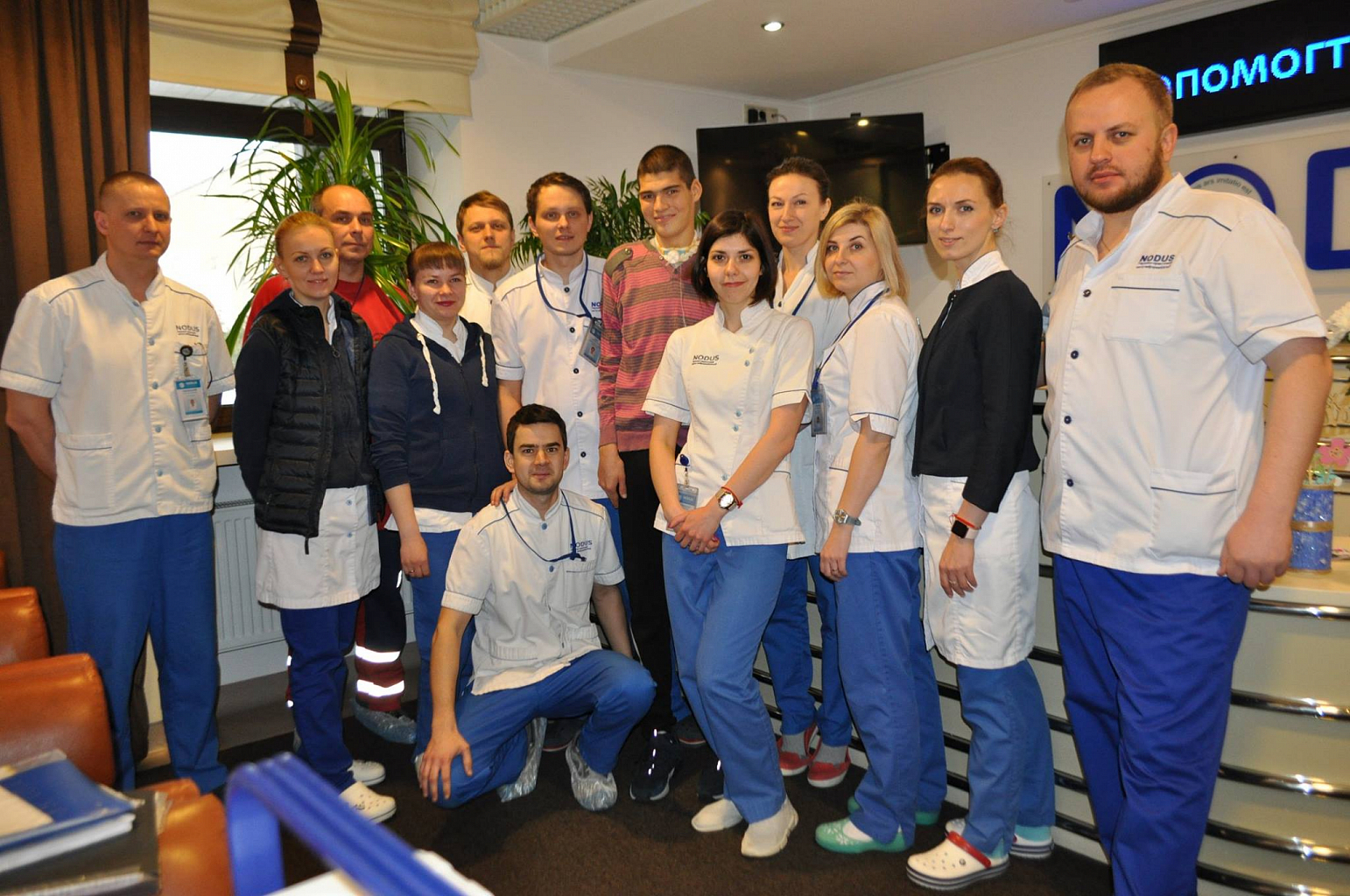