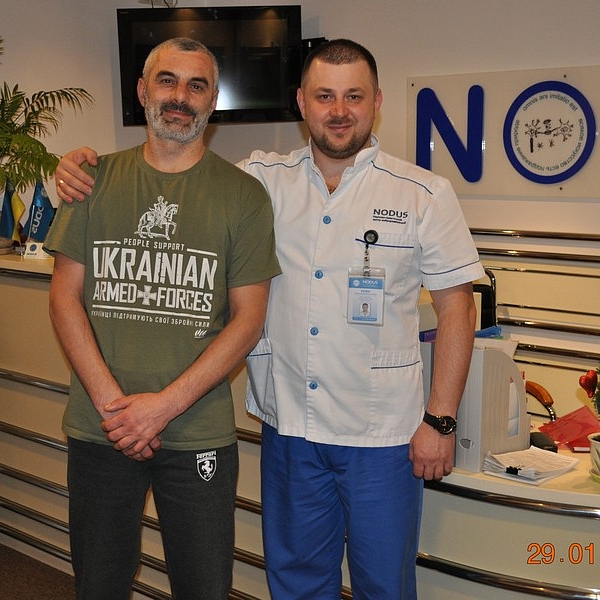 In May 05, 2015 Oleg received a grave contusion, as a result of an explosive trauma, in the area of ​​the ATO (the border of the Donetsk airport - the Butovka mine). The first aid had not been provided; the man with such a contusion continued to serve under constant shelling. In late May 2015 Oleg was on rotation and back home. The patient turned to the Central Military Hospital in Kyiv due to the deterioration of his health in early June 2015.

On October 22, 2015 Oleg was admitted to NODUS for further investigation and rehabilitation in the framework of the charitable project on rehabilitation of soldiers and volunteers injured in the ATO zone. He was offered free rehabilitation.


At admittance to NODUS the patient complained about the following disorders:

After comprehensive examination , a program of Individual Rehabilitation (IRP) was created.


The patient successfully completed the full course of specialized neuro-rehabilitation with an impressive positive dynamics and requires further health improvement on a regular basis in sanatorium and resort facilities of profile type. 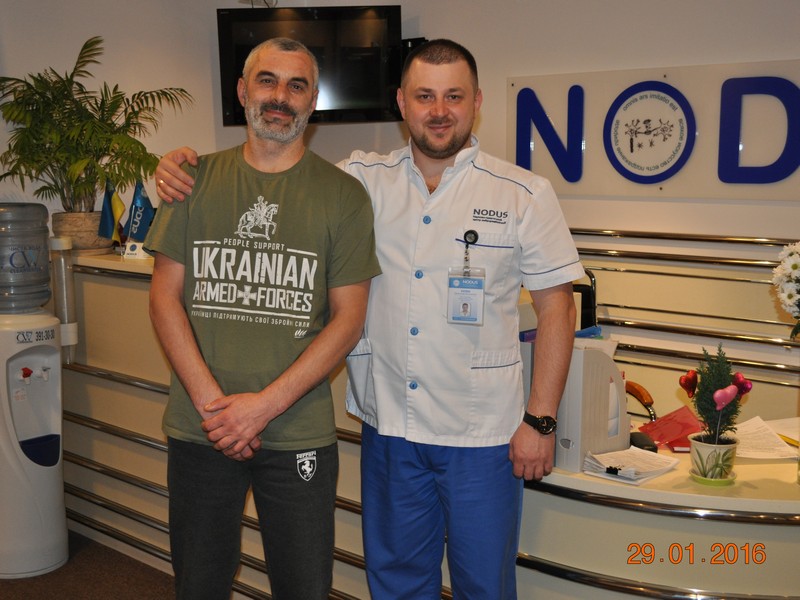