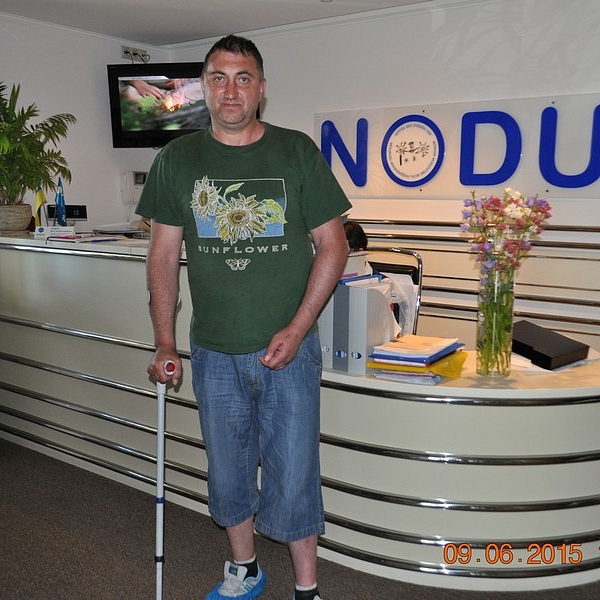 In October 23, 2014 Oleg received a grave TBI (a penetrating wound), as a result of a shelling in the area of ​​the ATO (Berezove village in Donetsk region).

On June 9, 2015 Oleg was admitted to NODUS for further investigation and rehabilitation in the framework of the charitable project on rehabilitation of soldiers and volunteers injured in the ATO zone.

The diagnosis at the hospitalization to NODUS: a fire gun penetrating grave trans-cranial brain injury (TBI) in the right temporal-parietal regions, a severe brain contusion. A cranial defect of the right frontal, temporal and parietal regions and the right side of the occipital region. The vision disorders (concentric narrowing). Syndrome of social and domestic desadaptation.


At the time of admission to the center, the patient complained of weakness in the left side of the body (mostly in the left arm and hand), coordination disorders in a vertical position of the body, periodic spastic contractions of the muscles of the left extremities. After the diagnosis, a program of individual rehabilitation was created. 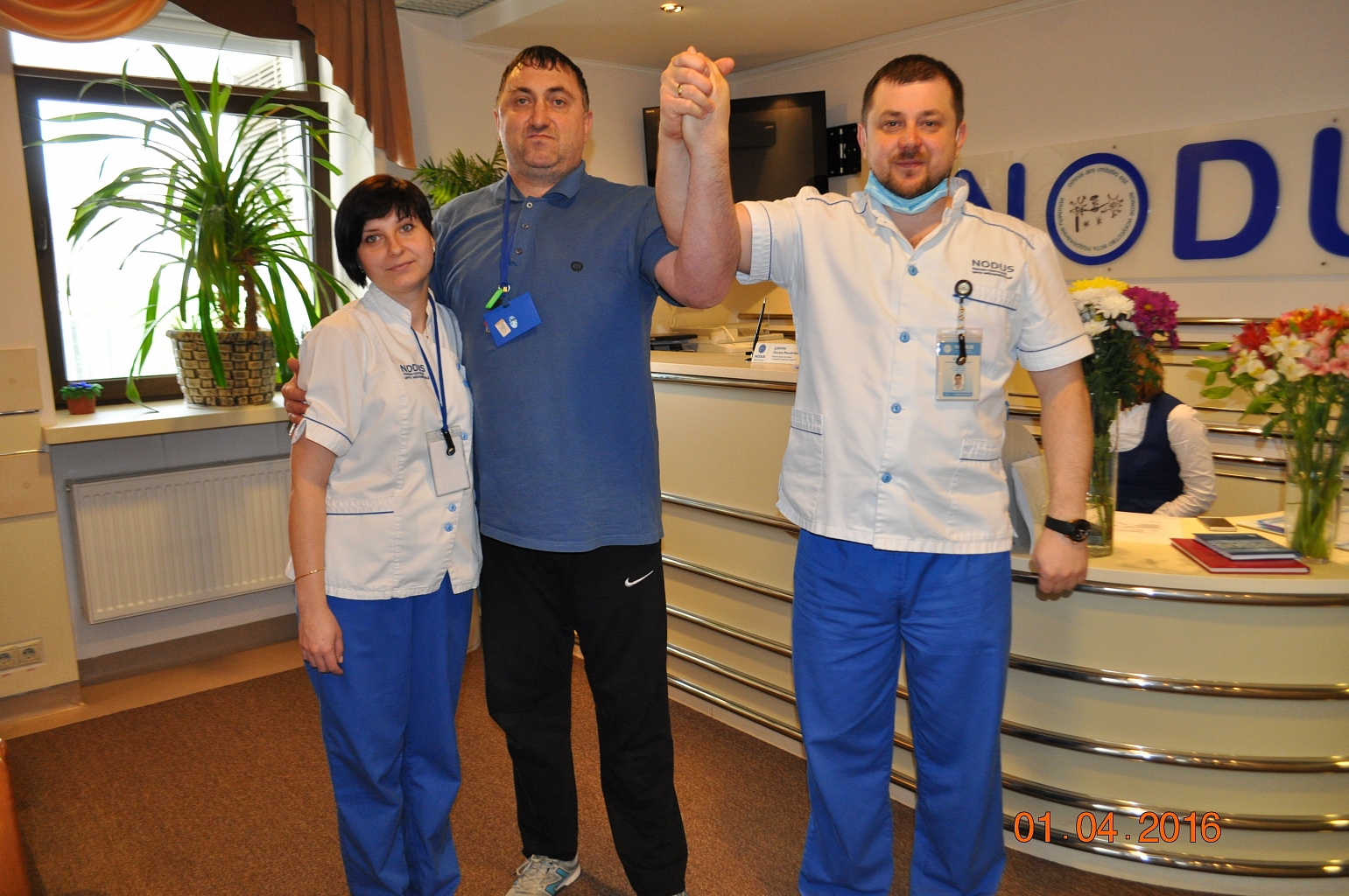