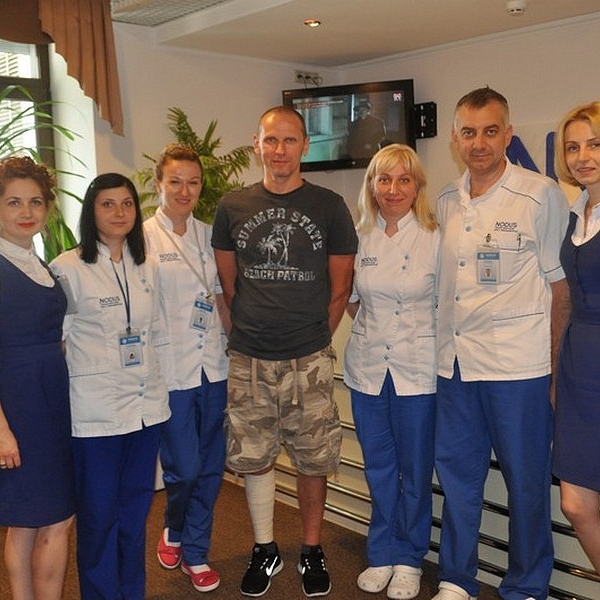 In March 2015 the patient was admitted to NODUS for free rehabilitation in the framework of the charitable project on rehabilitation of soldiers and volunteers injured in the ATO zone.

A program of Individual rehabilitation (IRP) was created.


In order to develop an efficient therapeutic tactic, the patient underwent an examination (CT scan of the right hip with an emphasis on the fracture site; ultrasound of the right knee joint; a consultation of the NODUS physician and a traumatologist at the Central Military Hospital, Kyiv.)

The rehabilitation of this patient was focused on: the use of methods of kinesiological working out of joints without the use of axial load on the right leg. Gradual verticalization with load on the right leg 1/2 of body weight. Hardware movements simulation. Stimulation of mechanoreceptors of joints and muscles for improvement of proprioperception, passive exercises with isokinetic component.

Exercises and modes of cyclic flexion and extension of muscles at high speed;

Improvement of the work and strength of the muscles of the trunk and the limbs;

Developing the right stereotype of walking. 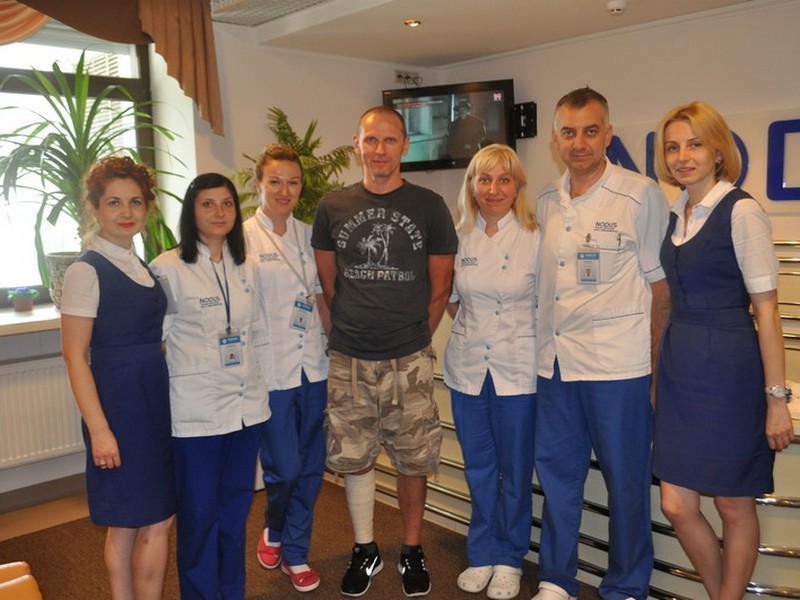 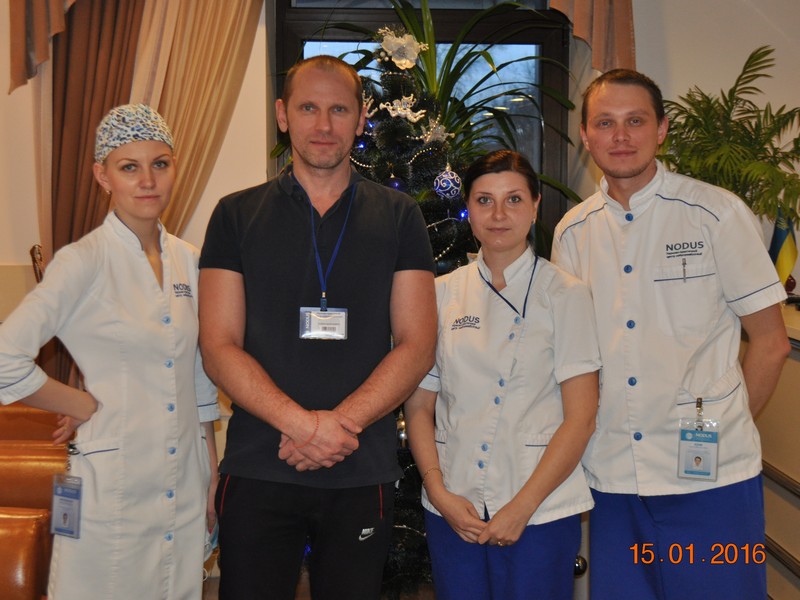