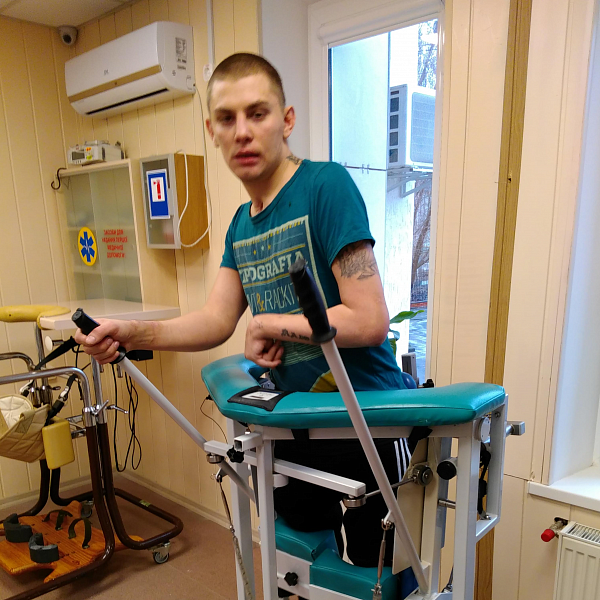 Arthur G. born in 1990. As his father and volunteers said Arthur was injured in January 2015, while after being back from the ATO zone, was undergoing the treatment in the Dnipropetrovsk City Hospital #11, jumped out of the window on the 3rd floor The young man was drunk and suffered from severe stress after return from the war zone..

Upon such severe injury, Arthur was treated in the Intensive Care & Therapy Unit of the Neurosurgical Unit.

On 16 July 2015 Arthur was admitted to NODUS for the rehabilitation treatment in the framework of the Charitable project.


In the result of rehabilitative treatment the following considerable results have been achieved: in terms of the patients’ consciousness - he emerged from the vegetative state, executes requests and commands, follows with his look, diuresis and defecation himself, has started to gain some weight (though not yet enough), feeding through his mouth, swallowing is normal. 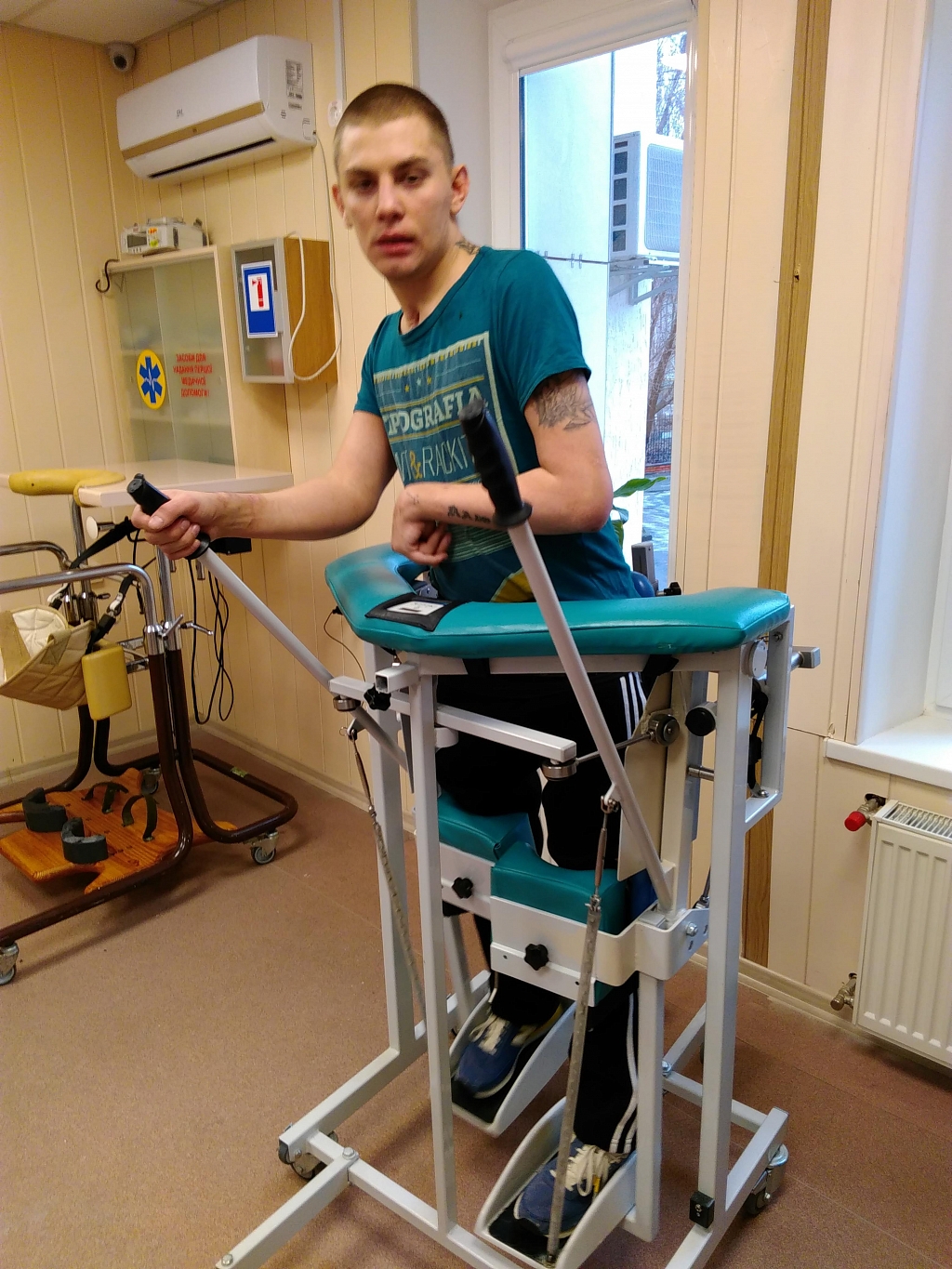