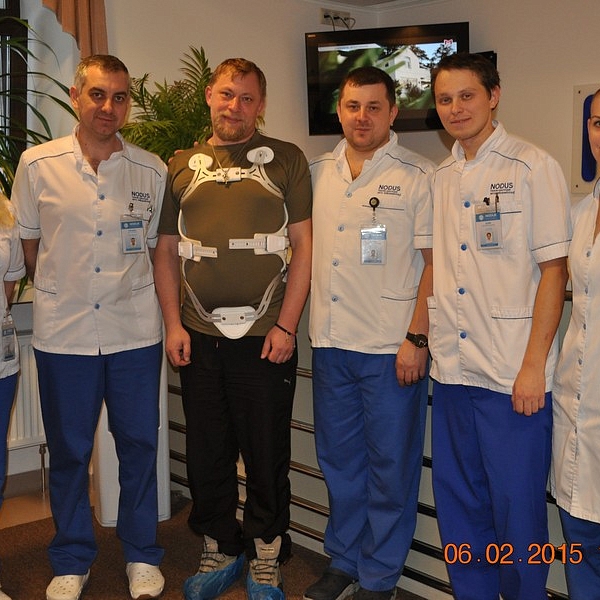 Olexiy, born in 1974, during 8 years had had a problem with the spine, but in the ATO zone during the fighting, the situation considerably deteriorated: the pain became intolerable, there was a sharp weakness in the legs, it was impossible to sit, and during the putting the body armor on, the man felt as if “he became week in the knees”.

On return from the ATO, the patient was examined at the Main Military Hospital, Kyiv.

Olexiy was admitted to NODUS for free rehabilitation from January 19, 2015 till February 06, 2015, in the framework of the charitable project on rehabilitation of soldiers and volunteers injured in the ATO zone.


Taking into account the clinical data and the conclusion of the MRI of the lumbar spine, the created program of Individual rehabilitation also included the epidural blockade (with the injection of anesthetics and hormonal drug - Marcaine and Diprospan). This blocade gave a significant painkilling relief.

The individual rehabilitation of thia patient was mainly focused on:


The patient successfully completed the inpatient rehabilitation course with the following improvements: 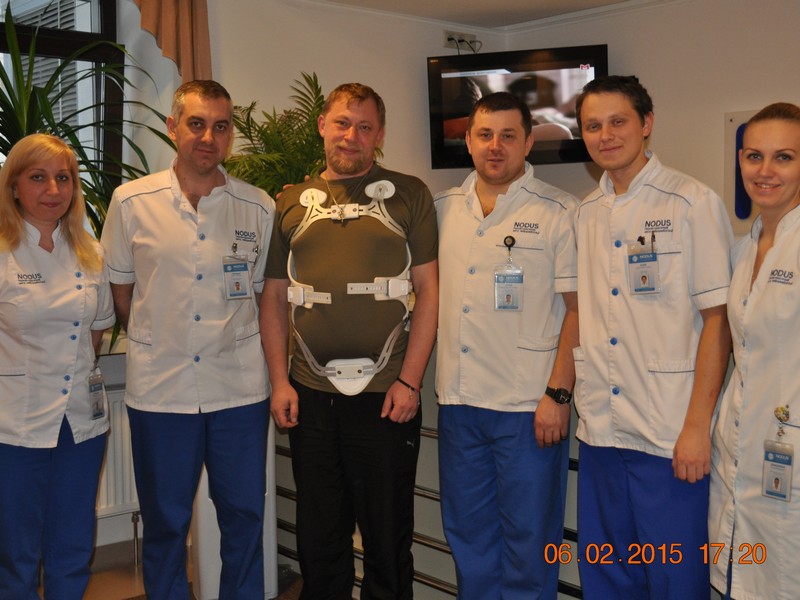