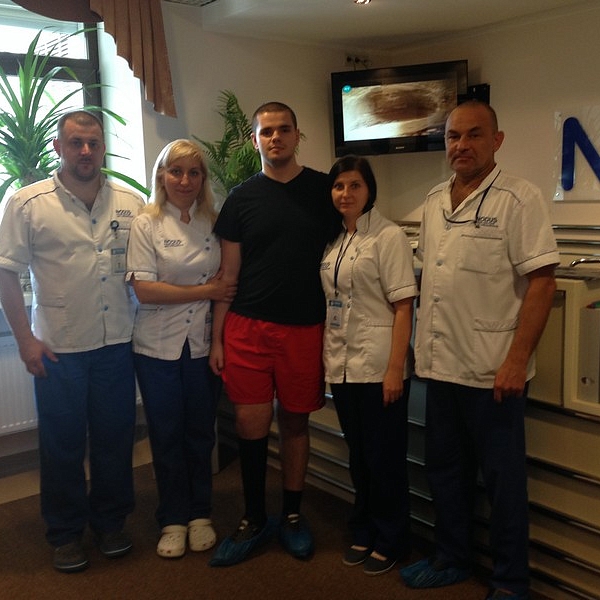 In May 2014 Anton was wounded in ​​the ATO area (near Slovyansk). Primary treatment received in the Main Military Hospital , Kyiv and the National Institute of Orthopedics, Kyiv.

On March 10, 2015 Anton was admitted to NODUS for further investigation and rehabilitation in the framework of the charitable project on rehabilitation of soldiers and volunteers injured in the ATO zone.

The diagnosis at the hospitalization to NODUS: the consequences of a gunshot wound of the right lower limb, soft tissues of the upper third of the femoral area with a sciatic nerve damage and a fire explosive femur fracture in its upper third, complicated by post-injure purulent koxit and osteomyelitis.


During two inpatient rehabilitation courses with numerous surgical interventions in the area of recurrent fistulas, during the wound healing, numerous procedures of the negative pressure wound therapy & healing (NPWT therapy), sessions of ultrasound cavitation, the use of individual functional orthosis, the patient’s health condition has considerably improved: the neurological deficit decreased, the patient’s activity increased, independent movement with axial foot support restored, the lean body mass in the right leg increased, 70% of flexion-extensor contractures in the ankle and knee joints of the right leg are eliminated, severe osteomyelitis subsided, recurrent fistulas formation in the course of the main scar are healed, coxarthrosis manifestation decreased, contractures in the hip joint decreased by 15-20%. The psycho-emotional state of the patient, his motivation for further possible maximum recovery has increased.

All positive changes are confirmed by the dynamics of the CKT of the hip and the hip joint in the dynamics.

At present the patient does not much complain of his health condition and strives to improve his walking and sensitivity in the right leg and mobility.

After a surgery, continuation of the rehabilitation at NODUS is foreseen. 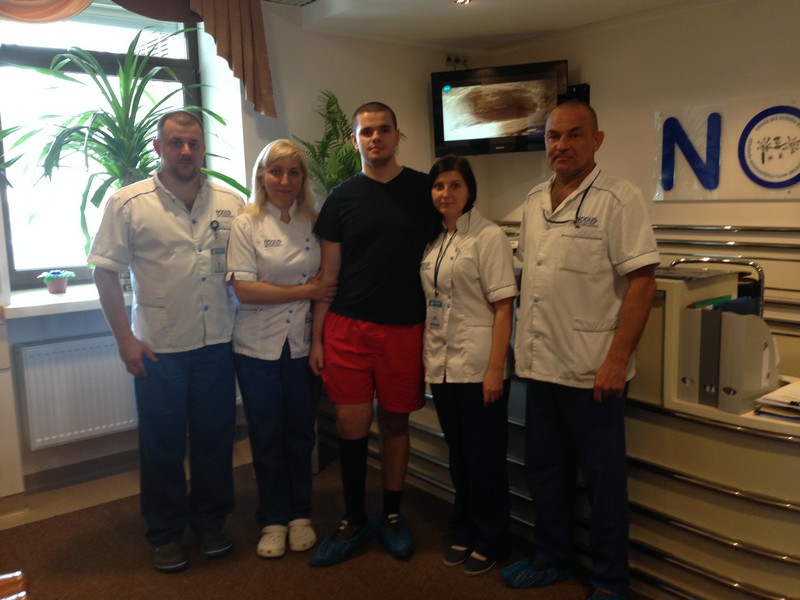 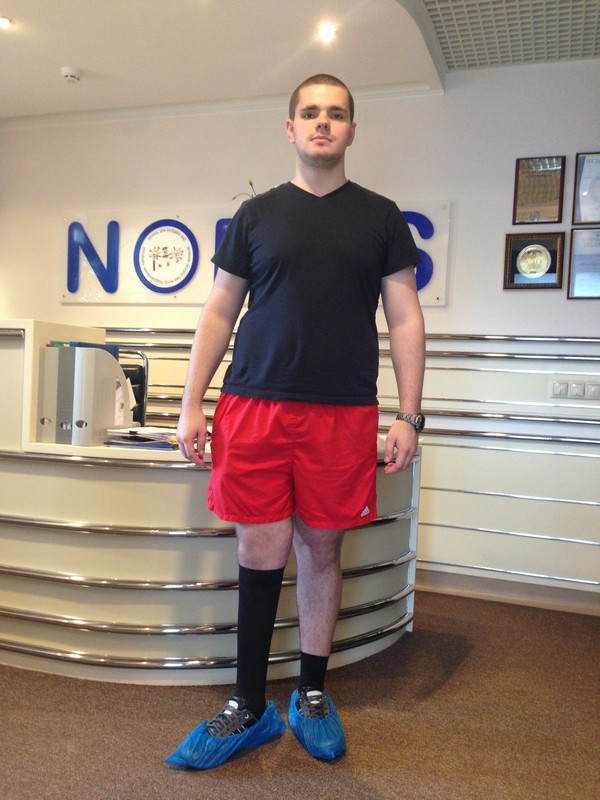