Main
Patients
ACHIEVEMENTS of the patient ANDRIY Ya.

ACHIEVEMENTS of the patient ANDRIY Ya. 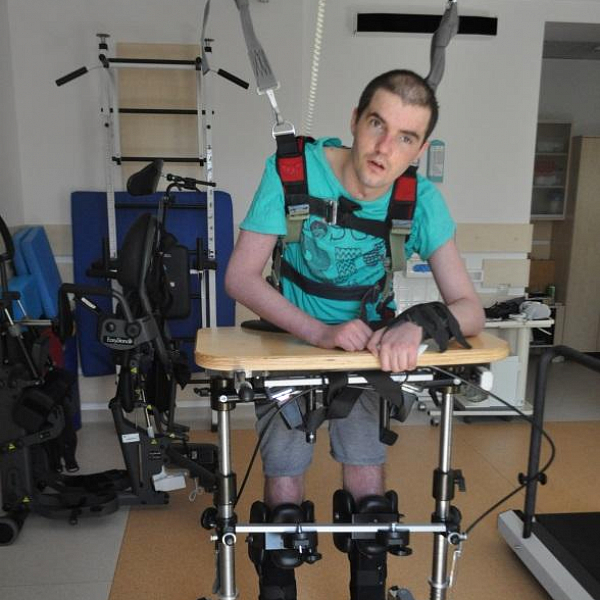 In February 2019 the patient Andriy Ya., born in 1994, was admitted for further assessment and specialized restorative treatment & neurorehabilitation at NODUS. He has had a severe complex TBI, complicated with progressive aresorbable hydrocephalus, and a severe chest injury.

At admission to Nodus the patient was unresponsive, had no movements of extremities, no speech, had pathological settings of limbs and head, spastic tetraparesis, a wound in the right axillary cavity in the soft tissues of the chest, being unhealed for a long time, a bad sore in coccyx.

The patient had been injured in a road accident ( as a pedestrian was hit by a car) and was treated in medical institutions in Odessa and Odessa region for a long time. After a period of moderate improvement, his condition has started deteriorate progressively.

The patient underwent specialized neurorehabilitation according to the created individual rehabilitation program (IRP), that included the following sessions:

The following surgery interventions and manipulations were made, while the patient was undergoing the rehabilitation at Nodus: