Main
News
Today there is no and cannot be a soldier without knowledge of tactical medicine"- Dr Olexandr Kulyk, PhD, MD, the Merited Doctor of Ukraine, and a graduate of the Military department of the University of Defence of Ukraine says

Today there is no and cannot be a soldier without knowledge of tactical medicine"- Dr Olexandr Kulyk, PhD, MD, the Merited Doctor of Ukraine, and a graduate of the Military department of the University of Defence of Ukraine says

Dr Olexandr Kulyk, a neurosurgeon, is a famous person among civilian physicians. He is the Merited Doctor of Ukraine, PhD, MD , the Director of "Nodus" Neurological & Neurosurgical Rehabilitation Research Centre and from now on a graduate of the Military department of the University of Defence of Ukraine. Dr Kulyk is the one, wh launched a Charitable project on treatment & rehabilitation of gravely wounded ATO soldiers in 2014. This project is being implemented until now.

‒ In spite of being a civilian doctor, our clinic has been integrated into war realities for the 7 th year , working in close cooperation with the Armed Forces of Ukraine. We have been curing and restoring the health of the most gravely injured soldiers free of charge, since the beginning of war in the East of Ukraine . Many well known warriors, the Heroes of Ukraine , have been treated at our clinic, ‒ Dr Kulyk says. 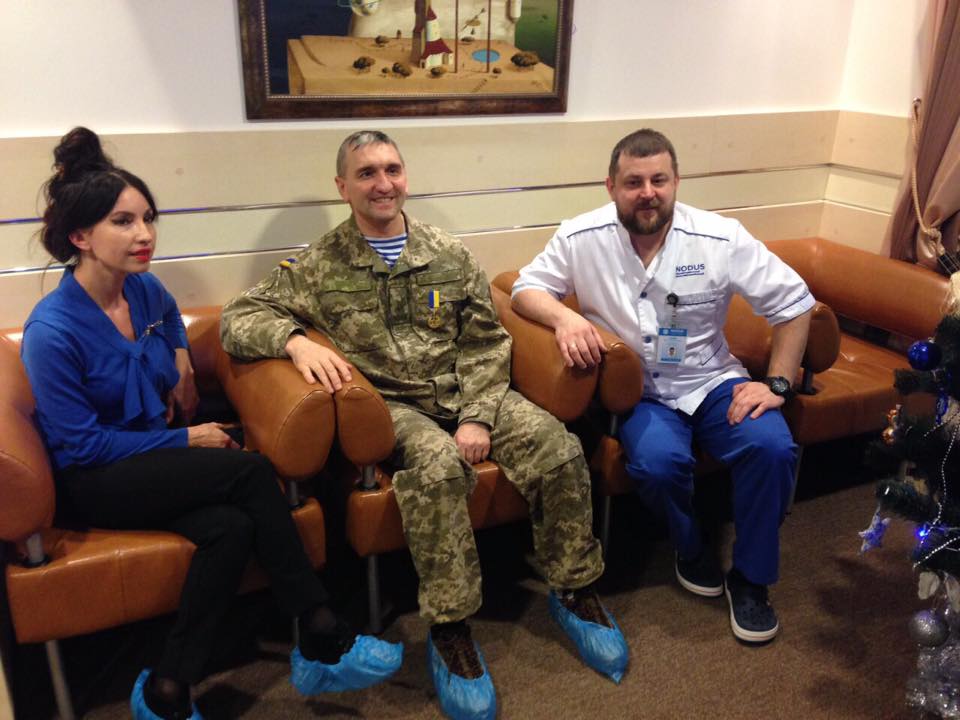 Remembering the end of summer - autumn of 2014 , when the enemy was attacking and moving forward into Ukrainian lands, and the Ukrainian army suffered heavy losses, traumas and injuries received by our fighters were horrible at that time.

‒ We were admitting the most severely wounded ones in our clinic. I remember the case when a border guard, who withdrew his platoon from artillery fire, did not have time to get out himself and a concrete slab fell on him. Half of the body was paralysed. And we helped him to get back on his feet. Besides, we set our strategic goal to show other warriors that they will not be left without help in case of a grave injury. So that our defenders were not afraid of fighting for Ukraine, knowing that there are doctors and medicine to save them in Ukraine. There is Hope and a chance for recovery, even in case of a grave wound or trauma ", ‒ the doctor said. 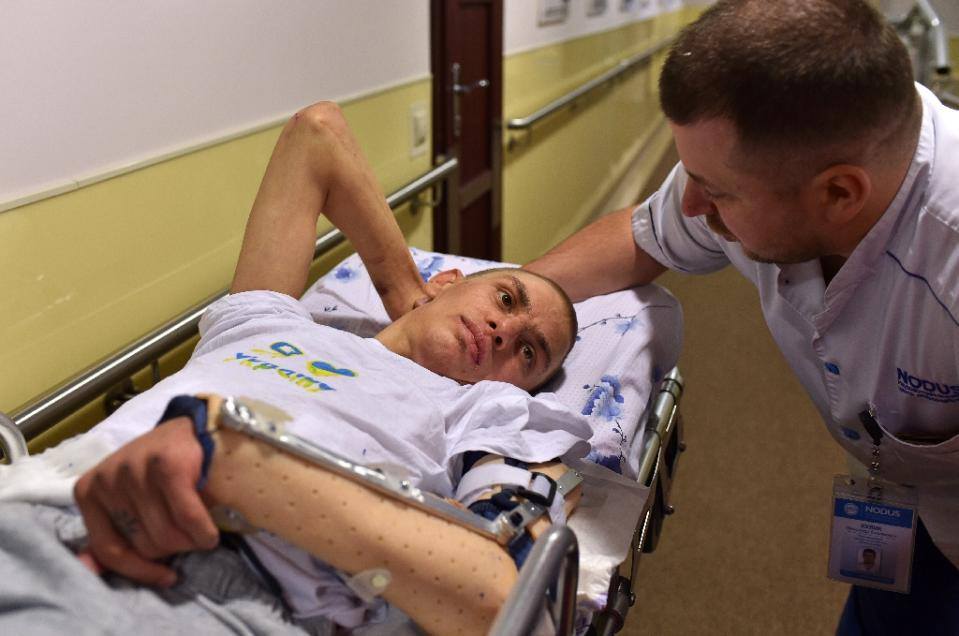 Olexandr Kulyk underlines that the level of tactical medicine has considerably improved comparing to 2014. Tactical medicine has become more large-scale, better organized and well structured. Now servicemen know how to apply a tourniquet and help oneself on the battlefield. The IFAK is not any more a myth and it is really useful. Almost every soldier has it.

‒ I have heard many times that our soldiers were not afraid of fighting, since they knew that our medics act efficiently. Wounded warriors repeatedly told me about this. About 300 severely wounded fighters with TBI and SCI traumas were cured in the framework of our Charitable project Nodus . Now losses and casualties are significantly lower and this strengthens the fighting spirit of the defenders of Ukraine - Dr Kulyk continues proudly. 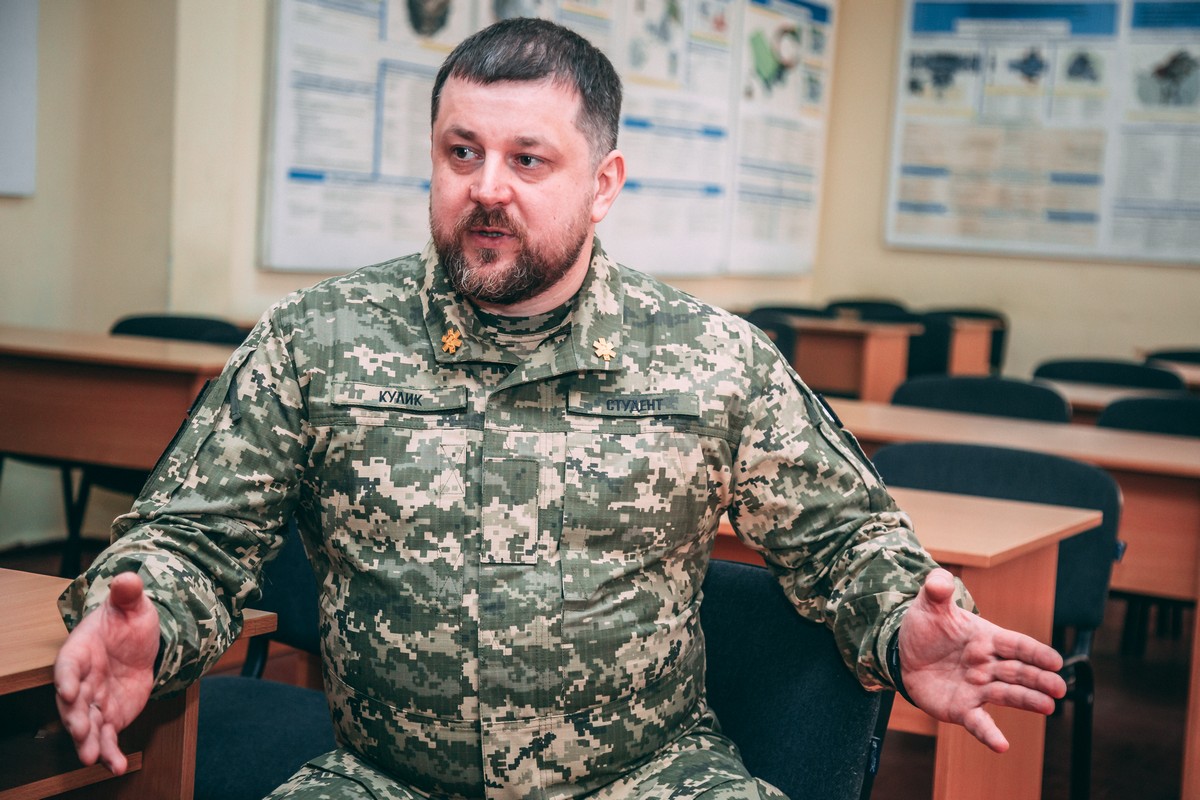 The future officer admits that military medicine is based on three pillars, i.e. a timely evacuation of a wounded soldier from the battlefield, maintenance of his vitality and giving a qualified medical assistance. The efficient interaction of a medic and military units during evacuation of a wounded is another important aspect of tactical medicine. Since a medic can be inefficient if, for example, soldiers did not take basic measures immediately after injury, or if there were no sappers nearby after a mine blast.

Dr Olexandr Kulyk enrolled at the National University of Defence of Ukraine to acquire new knowledge and streamline the already known to him, in order to further train instructors in tactical medicine to act skilfully and effectively in the conditions of real combat operations.

‒ Studying at the Military Department of the University gave me the opportunity to understand how the military mechanism works from within.How an attack is being prepared, how a battle goes and when the time of a medic comes. Moreover, the management of the Military department created conditions of such training very much similar to real combat, therefore, those skills and knowledge that I have already had, turned into a complex unified vision of a real situation on the battlefield. A training that allowed us to practice every element of a battle, was very useful. Therefore, now iIt will be easier for me to focus on practical specific skills, passing my knowledge on to instructors, who will further work at the forefront, - Olexandr says passionately about studying at the Military department.

Upon completion of his military education , Dr Olexandr Kulyk is willing to implement his plan to strengthen tactical medicine in the 114 Brigade of Territorial Defence. Besides, he will work on the development of personal medical skills of a soldier, since this task needs to be worked out much better.

‒ Today there is no and cannot be a fighter without knowledge of tactical medicine. Since one soldier inadequately trained in tactical medicine may cause the death of many others... And if a fighter is able to help himself with first medical aid, not distracting other combatants from destroying the enemy, it will be another step forward to our Victory! ‒Olexandr Kulyk affirms .