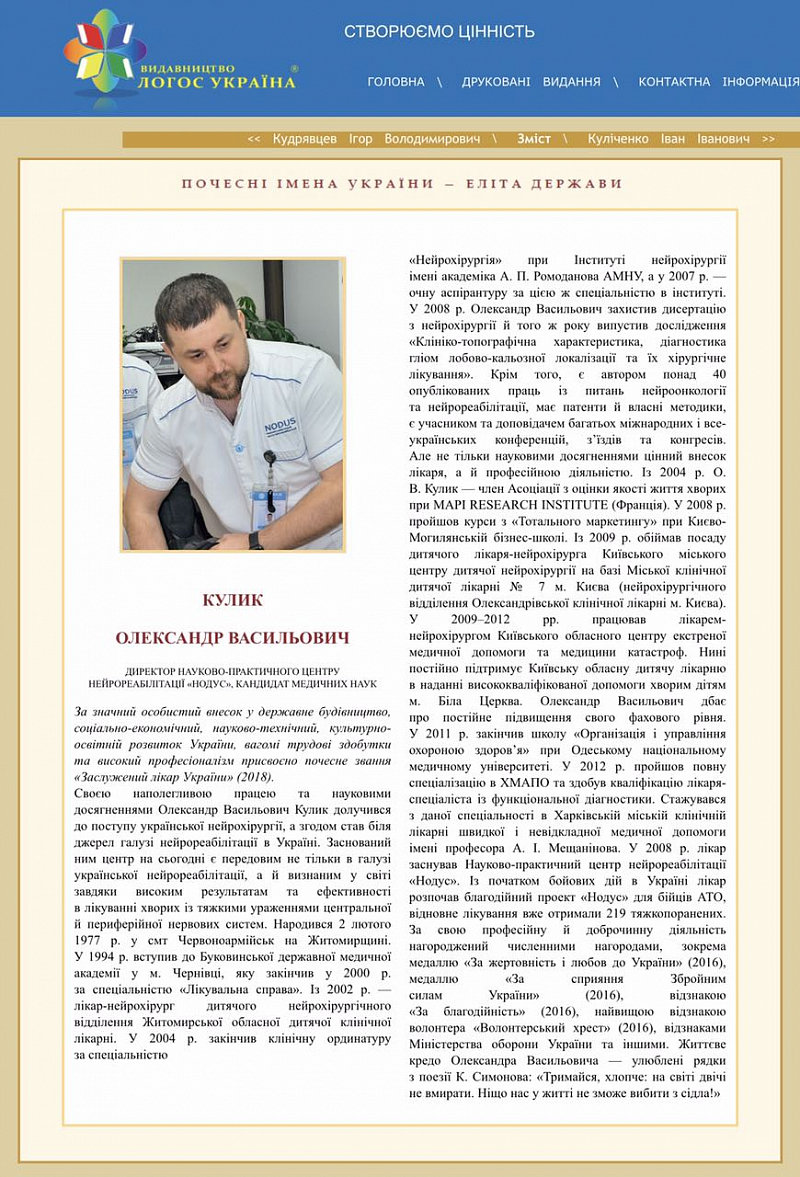 Olexander KULYK, the Director of Nodus, was included in the book "THE HONORED NAMES of UKRAINE- THE ELITE of the STATE" as an outstanding Person, among other prominent Ukrainians, that create the history of Ukraine.

This edition is a kind of chronicle of deeds and lives of famous statesmen and public figures, artists, scientists, entrepreneurs, lawyers and prominent patriots - the embodiment of the national and human dignity. These people cherish universal human values and fight for the national idea, building the future of Ukraine. That is why they are considered as the elite by the Ukrainian society. Their success, victorious work, selflessness inspire others, conveying the message: