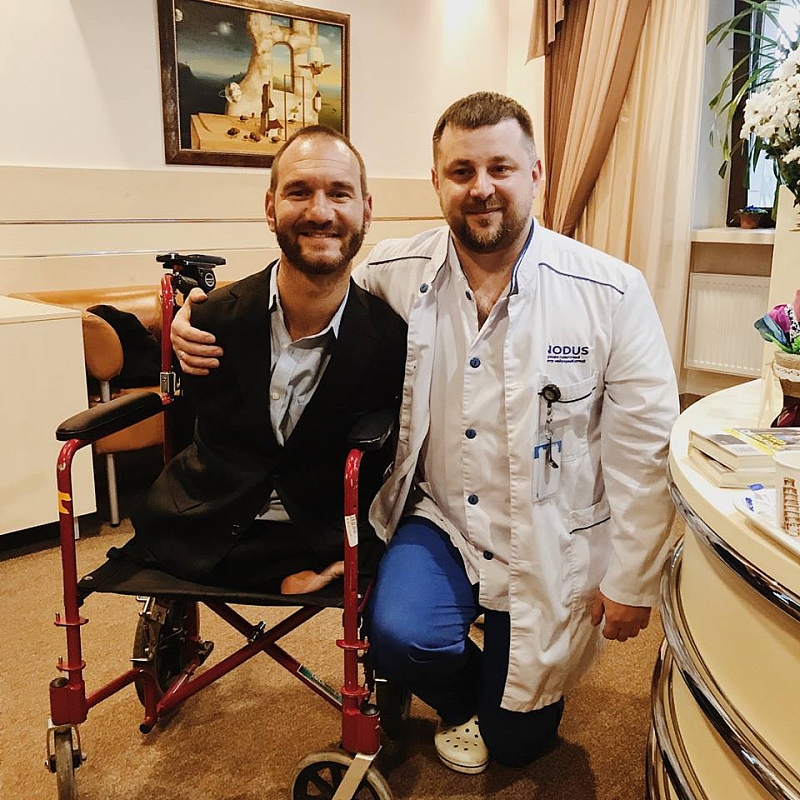 "Ukraine! Nick Vujicic is at Nodus !!!

On March 30, 2018, the legendary and blessed Nick was an honorable guest of our clinic!

This was not just a visit, but an inspirational meeting! There was an impressive presence of the Spirit and Force, which my team, our patients and me, had a unique chance to feel in themselves! There is not enough words to describe the atmosphere that reigned, filling the hearts of the people present.

Nick came to support the ATO fighters, who have been recovering from the terrible wounds, within the framework of the "NODUS” Charitable project. He arrived to support the team of the clinic, which, since 2014, have been implementing this charitable program, despite a total crisis, and a lack of funding, only with the support of individuals, volunteers and several sponsors.

You would not be able to even imagine those heartbreaking feellings, when Valery Sergienko, Vadim Ushakov, Sergei Saliy, who had been confined to wheelchairs a year ago, met Nick standing upright and walking on their feet, for the first time, since 2017. Nick was so much overwhelmed, that he did not hold back his emotions and said: "You are all incredible, you- guys, the team, you All are extremely COOL! I love you! I will tell everyone about, what you are doing here! May God always bless you! ". These words still sound in our heads. And Nick’s touching prayer in the walls of Nodus, has now been sealed on everything that is and who is Nodus.