Main
News
WHAT TO DO WHEN YOU "LOSE YOUR MIND"?

WHAT TO DO WHEN YOU "LOSE YOUR MIND"? 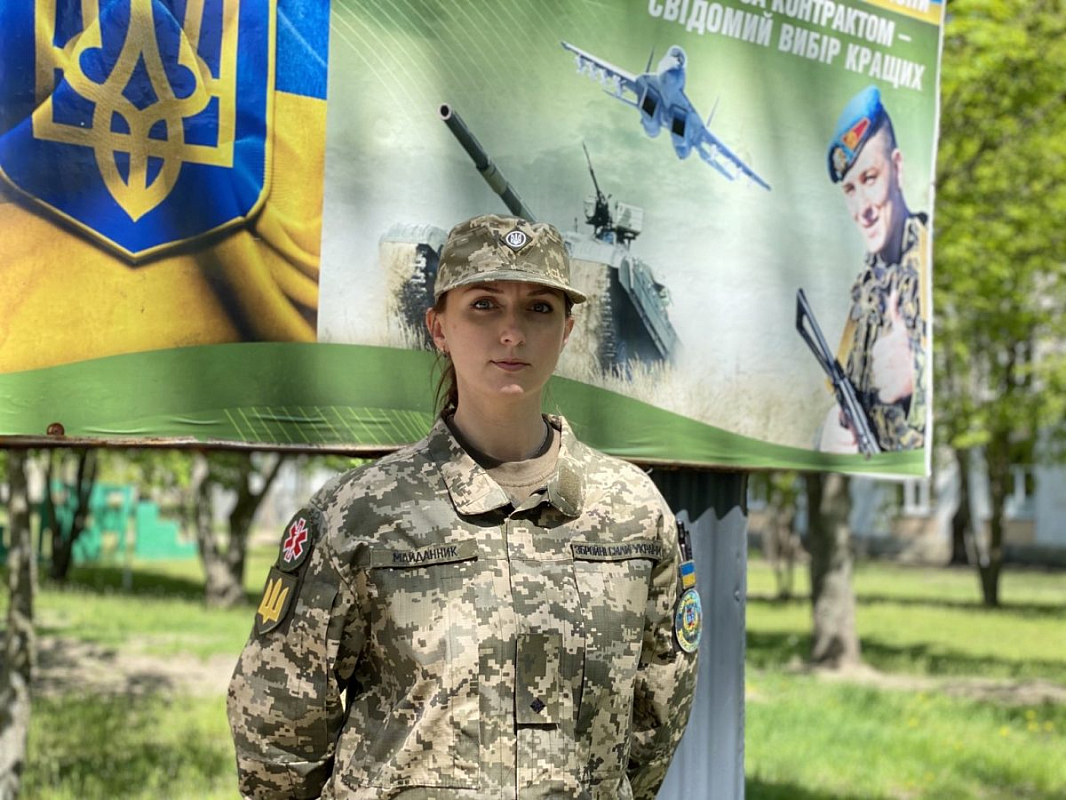 War injures not only the body but also the soul. Sometimes a person does not even realize what is happening to him, and this is a sign of a serious illness. What to do in this case?

Psychotherapy is the first level of care

- How to identify a moment when a fighter back from the war needs the help of a psychiatrist and not a a psychologist?

- I would like to note  that there are many myths about post-traumatic combat stress disorder- this is how the well-known abbreviation PTSD is deciphered. In general, there is a complex disorder of mental processes, which has a wide variety of reactions. Not everyone who went through the war will develop PTSD. Only 30% of combatants will have a long-term, chronic, permanent mental disorder. And its symptoms may not develop immediately on coming back home, but in months or even years afterwards.

- So, what  the persons around and the relaitives have to do in this case?

- If a former fighter notices that there are things that have not usually stirred his active negative reaction, if he can not name own feelings properly, he should turn to specialists, and the sooner the better. All the people living around a combatant: doctors, volunteers, family - everyone around should help him. They should treated him gently, not saying that time will heal. It is necessary to hear and understand what he says, to share his thoughts and experiences.

It should be kept  in mind that in the former Soviet countries,  everything related somehow to "crazy" is an alarm warning: there will be documents, a difficult treatment, it will be noted everywhere, a person treated will become an outcast, will become unsocial… Nowadays on the contrary, there is no need to be afraid of these specialists .

- Where does psychiatry begin?

- Well, psychotherapy is the first level of help. However, psychologists and psychotherapists should understand that when serious symptoms occur, it is advisable to involve a psychiatrist, perhaps, the use of drugs that are prescribed only by a psychiatrist, making the diagnosis. If PTSD is accompanied by physical trauma, combat injury, disability, it adds work, because the patient should be brough back from this state. Let's say someone understands that he can't move. There are involuntary obsessive memories, flashbacks, when you seem to be not here, experiencing everything again. Many fighters have problems with memory, attention, thinking, concentration, and willpower when it is difficult to do something. And yet: the development of PTSD does not mean that a person is weak.Manifestation fo PTSD shows that the mental state of a person was hit hard. In a while, of course, everything will get back to a normal state, it's not a lifelong disorder.

If a fighter went through a hell of Ilovaysk, it does not mean that he is injured for life… 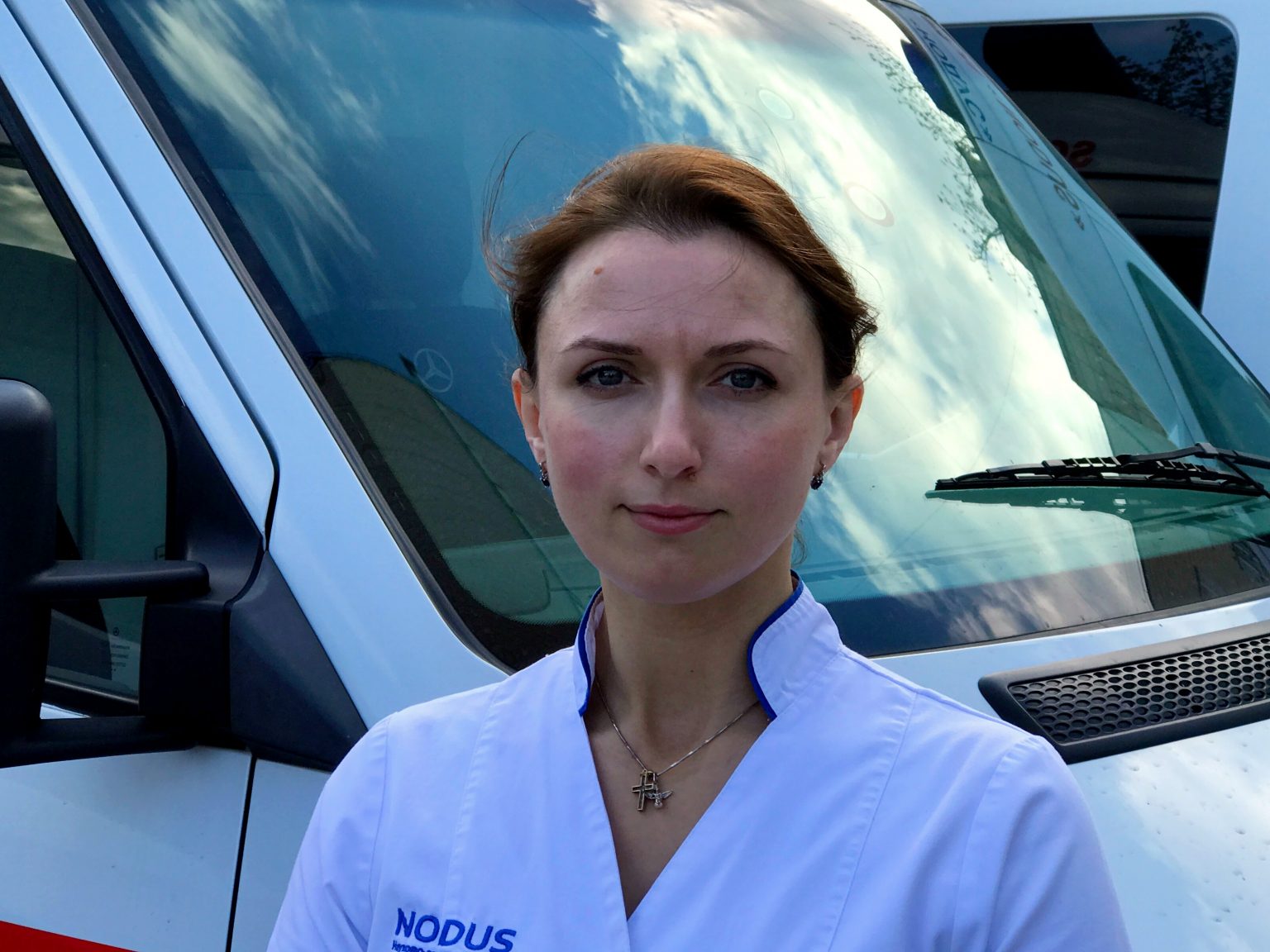 We have pictures of a young man, who got back from Ilovaysk. He drew one at the beginning of rehabilitation and  another at the end of treatment. These pictures make a good example of art therapy and serve also a powerful diagnostic tool. We show them to people, so that they could understand that it is not forever, that such combat stress disorderit is treatable. And we keep all these pictures made before, during and after therapy. They are all very different depending on what the injury was.

- And if a person has no relatives? The family turned away from him. A former fighter does not communicate with anyone and the only way out left seems to be a suicide?

- When a patient comes to us, there is always a person who  represents his interests and acts on his name. This representative signs documents, agrees to personal data processing, medical and diagnostic interventions, considers various legal aspects. If there are no relatives or friends, volunteers are involved. There are such patients, who come out of the minimal consciousness state and do not understand why they were broght back from deep mental disorder?

But even in simple cases, we always think about a person's consciousness in order to preserve his personality as much as possible. Psychopharmacology is very diverse, has a wide range of effects on the psyche, and you can supress all these negative mental processes, as many people do. We, on the contrary, accept the fact that we go through the healing process together with a patient , experiencing all its horrors, nightmares, memories, because the triggers are inside and out. We determine what memories of events can trigger these reactions. A patient might heard some music somewhere, smelled something, and it worked as a trigger. And then we tell relatives, be careful with this and that, do not remind him of such events, try to avoid such conversations. And then step by step bring the patient back to active life. There are certain protocols recommended for PTSD treatment. For each case. We consiedr and analyze the experience of our colleagues from around the world.

- So, we see a man who came from the war, and he suddenly "goes crazy." in a few years later.  How to realize that he needs a psychiatrist, not a psychologist?

- The first sign is the possibility  to do harm to yourself and others. Terrible dreams, nightmares, obsessive flashbacks that do not pass over. Then pharmacorrection may be required. The trigger event is irritating, changes the perception of reality, causes a whirlpool of emotional reactions when it is neutral for others. This indicates that the psyche is unstable and the person cannot cope with it. In addition, suicidal idea fix may occur.

- Any demonstration that a person can do something with himself is a sign. If someone says something like this, does it, or makes such an attempt, you can't ignore it. Some consider such intentions as not serious enough, as if only intimidating. But be sure to see a doctor. And do not forget about alcohol and psychoactive substances. Alcoholism is now very common, because war veterans do not know what to do, where to go and  they are afraid to go elsewhere.

There is nothing shameful about…

- Sometimes people take antidepressants. How appropriate is it?

- As  for any pills, you should consult with doctors. First of all, there are family doctors. If he sees that a psychotropic drug is needed, he will refer him to a psychiatrist. Antidepressants and tranquilizers are now widely used, but they cannot be used uncontrolled. It does not cure, but only breaks down these processes. There is nothing embarrassing about going to the doctor and asking - do I need it or not?

At present, the entire psychiatric service is ready for this. Doctors expect to be addressed to, not to a neighbor with such questions, because after irreversible changes in the psyche is much more difficult to get a person out of this mental disorder state.

Many believe that with such symptoms they will be immediately admitted to the hospital. Relatives should not be afraid to ask and not think that neighbors will say that someone was taken to a psychiatric clinic. Believe me, anyone can happen to be there. Nowadays is the age of brain diseases due to the excessive information  pressure that people simply do not have time to process.

- How can relatives realize that it is time to see a doctor? Here, a guy returned from the war, sitting in the room, does not come out…

- Changes in behavior, the inadequacy of reactions indicates that a person's perception is impaired. These include obsessions, sleep disorders and loss of appetite. When someone avoids company, some work moments. And if it lasts for months and years, and a person does not want to get out of this state, then this is a clear sign of a mental disorder.

If a person is really dangerous for himself and the environment, when there are negative psychiatric symptoms, then he, if he perceives adequately, or his relatives, we tell about it. But there is a law on psychiatry, that should be taken into account in the provision of care and possible hospitalization.

It is necessary to inform the person of the necessity of such treatment. In addictive states, for example, it is very difficult to do this until the patient himself wants it. But we encounter a high level of personal resistance, when anything you say to a person, he rejects or does what he sees fit. This is a manifestation of distrust of the doctor, the system, the environment. Then it is necessary to involve specialists who will find an individual approach. We also can't use a therapy at once, we consider the situation and look for individual approaches, we involve relatives.